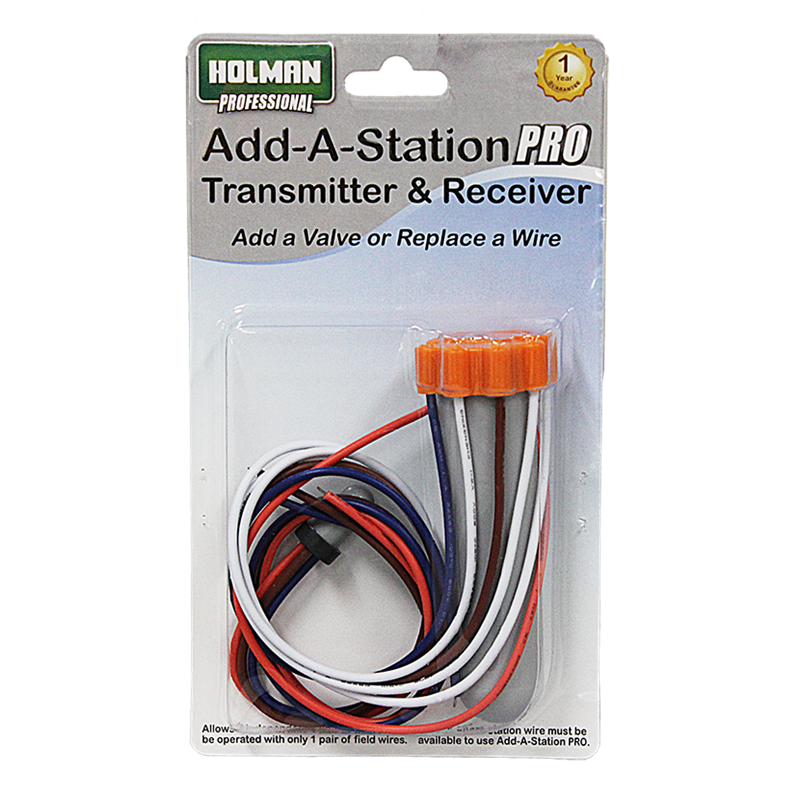 If you ever find yourself in a situation where one of the wires to your solenoids has broken and you either can’t be bothered or are unable to find the break then ‘add a station’ is your friend!

By using this device you can make one power wire serve two solenoids, meaning you can either add a solenoid in a space where there is no access for new wires, or you can keep a solenoid operational by using the add a station on the functioning wire.

It’s saved a lot of people over the years and is one of the most useful retic devices I have come across. 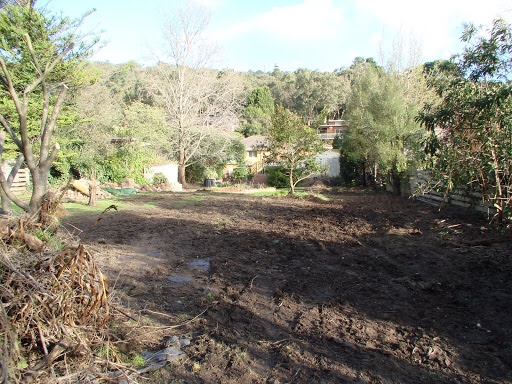 I often get called to go in and fix the retic after the bobcat has been thru and done his work.

Today I was in Butler and the bobcat had smashed thru the main line, broken the wiring as well as ripping up most of the pipe down one side of the rear. It didn’t help that the area was full of roots and that the client wasn’t completely sure on where he wanted things to go… Add to that a 3 hour deadline and intermittent rain and it was potentially a difficult day.

But we got the main line repaired and wires reconnected. Then we worked together on the sprinklers to the rear and by 10.50am we were done.

It’s impossible to quote a job like this as you simply can’t estimate a cost when you don’t know how much damage is done. Fortunately it wasn’t too bad today and with two of us going hard we managed to get it ready for turf in a couple of days time.

Everything is fixable! It just takes time and patience as you track down the breaks and leaks. 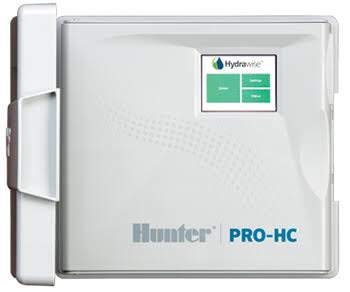 I’d been using a very old Hydrawise controller for around 6 years when it suddenly decided to stop connecting to my wifi.

It was one of the original indoor models and it did the job fine, but when Hunter bought Hydrawise they did some work speccing up the controller to make it more user and contractor friendly.

By comparison with the old controller the new controllers have:

4. An easier to read display

All of these are significant improvements on the original model and as a result when I had the choice of any controller I chose to stay with the Hydrawise.

The app works really well and once installed the controller itself is pretty much set and forget.

1. Make sure you can see the digital display on your controller. Winter is when most controllers die so this is always the first check. If it’s dead then give me a call!

2. Run a system test of each station and check that each sprinkler is popping up and that each nozzle is spraying as it should. If there are obvious leaks then it will need fixing sooner than later. Just a blocked nozzle or two you don’t need to worry about until it gets hot.

3. Check the settings on the controller and adjust the run times for spring weather. You can do this using the ‘seasonal adjust’ function on your controller.

Ok – possibly the single most common issue I hit each year is this problem.

First up – there is no fuse and no battery in the controller! Silly I know – to have a ‘fuse’ message and a battery symbol at the same time.

The average DIY would look for a dodgy fuse or a faulty battery.

What the message actually means is that there is either a fault in the controller or a fault in a solenoid.

The way to determine the issue is simply to remove wires and keep resetting the controller and testing it. If it operates perfect with one of the wires out then it’s more than likely a solenoid coil sending a ‘fault’ message.

However if the controller display is flickering or if the fuse message only appears intermittently then chances are very high that the box itself is at fault and will need replacing. 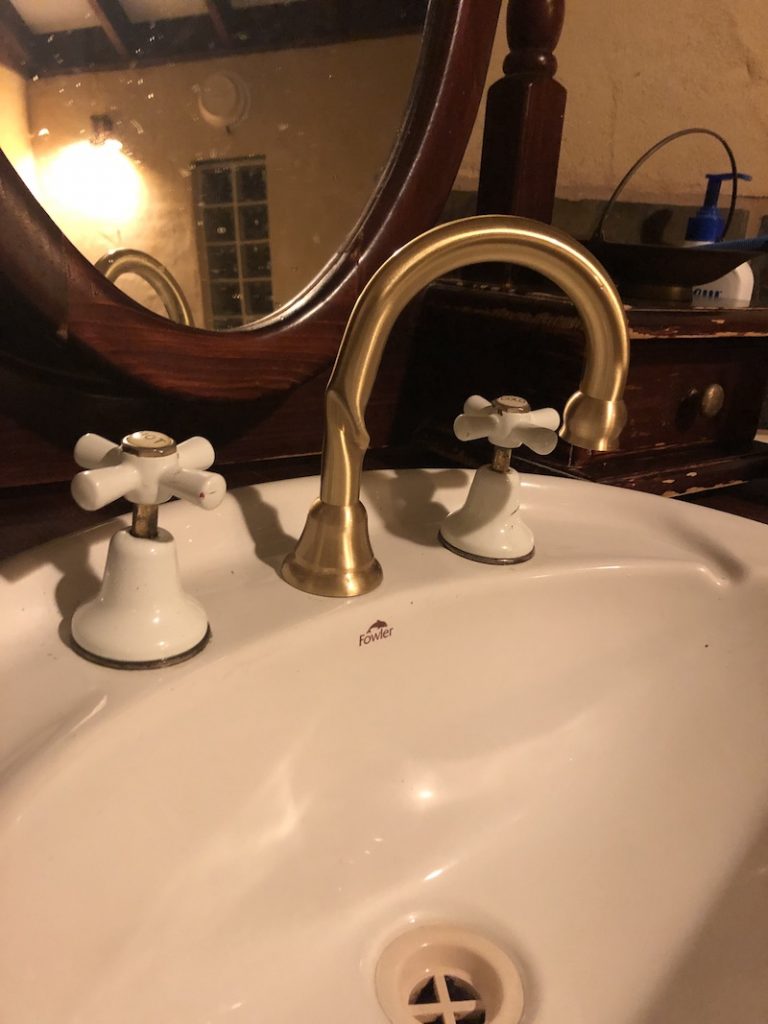 Why should you get a retic bloke in to fix your sprinklers?

Let me tell you a story of today’s DIY mishap…

Retic is just like plumbing right? Yeah that’s what I reckoned… So we needed to change over the taps and spout in our ensuite and I figured ‘it can’t be that hard – I’ll just do it myself.’

I removed the old spout, taps and shrouds without much drama and began to install the new spout. It was a tight fit – really tight – I could hardly get it on. But with some very careful manoeuvring I managed to get the spout almost perfectly in place. Almost… it was about 1mm out and Mrs Brighton Retic doesn’t like things that are ‘almost’ perfect.

I figured one more turn would see it perfect. The picture you see is what happens when you go that extra turn.

Not happy – not what I needed on my day off.

I decided to leave it in place and install the taps then head down to Bunnings later to try and get a new spout. 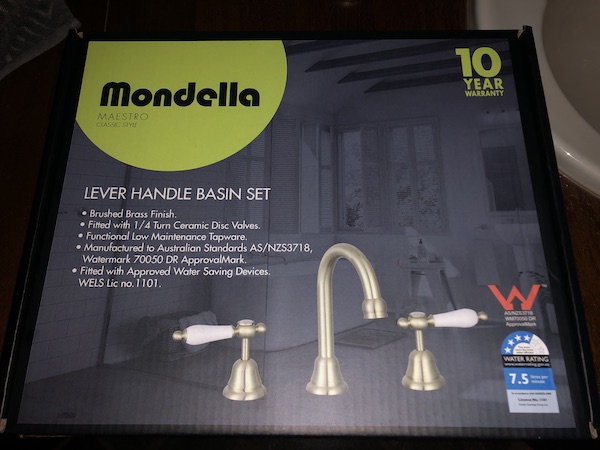 So I took all the old gear off and began to install the new taps. But they didn’t go on as I thought they should. They were ‘on’, but not functioning as they should have been.

So I called my plumber to explain that amateur hour had gone south fast.

‘Yeah – you can’t install just taps and spout – you need to do a whole basin set’ he told me. Well now I know…

So I put the old taps back on, drove to Bunnings to spend another $85 on new taps and I have booked Andy the plumber to come and fit them for me.

By the time I had got to Bunnings and back it was 11.00am and I had spent 3 hours and $85 for no return. My plumber would have had it done in fast time and I would have had a professional job.

Sometimes its just worth having someone who actually knows what they are doing!

When we come to your home to fix the retic, we carry virtually every fitting imaginable – there is nothing we can’t fix on the spot. A trip to the shop is down time for us so we make sure we have everything onboard.

And then there’s the expertise factor. A handyman is probably half the cost of a retic bloke, but chances are he will take twice as long and not use quality parts. We fix everything in fast time and get you up and running both quickly and professionally.

So save yourself the repeated trips to Bunnings, the struggle to fix something that has you baffled and the loss of time off – and just call us. We will be there to get it sorted.

My sliding door rollers carked it yesterday too. I could probably fix it on my day off, or I could call Malcom at Smooth Sliding Doors and he will fix it in 15 minutes – and it will be done right.

I know what I’ll be doing! 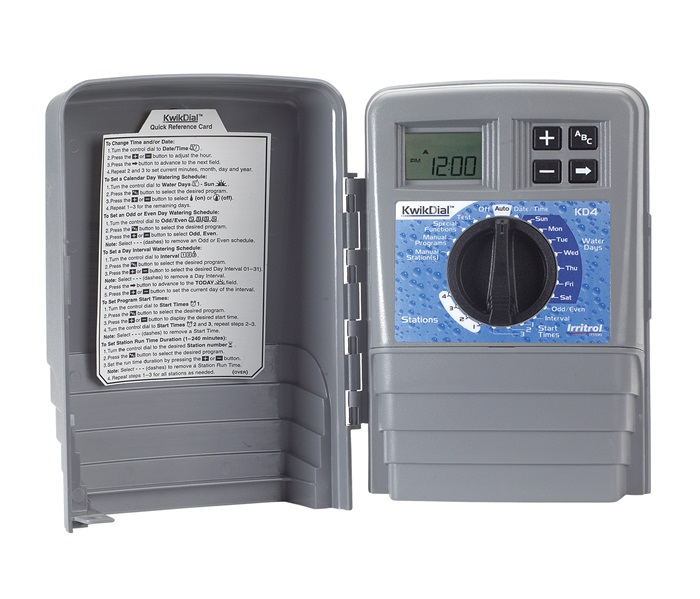 If I had a dollar for every time I hear this…